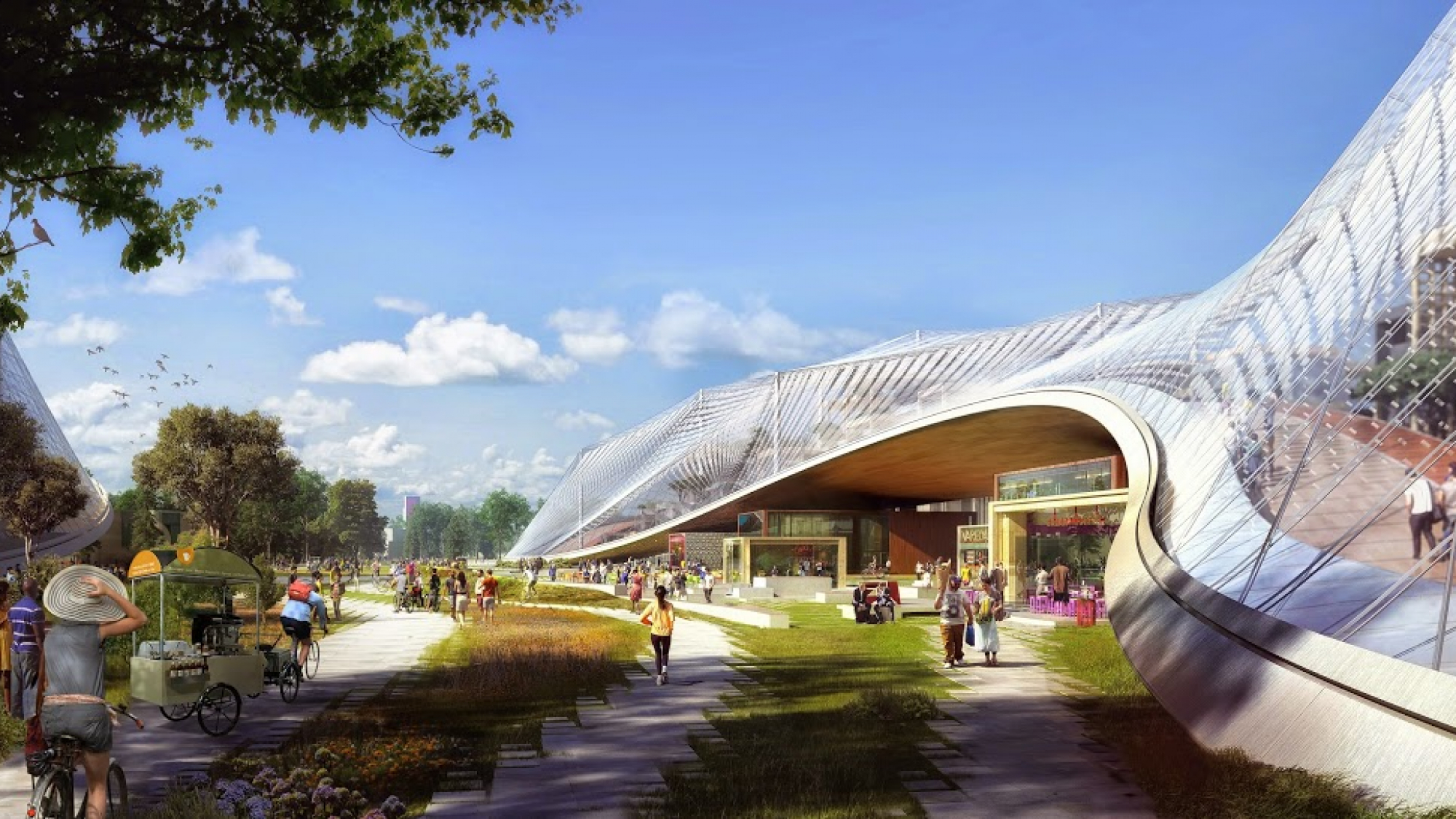 After first proposing it in 2017, Google has received unanimous approval from the San Jose City Council to move forward with its Downtown West development plan, CNBC reports. The company and city have reached an agreement to develop around 80 acres of land in downtown San Jose, California that will also serve as a mixed-use residential, retail, and open space for Google employees and the city’s residents.

According to the proposed development agreement (PDF), Google will construct 7.3 million square feet of office space and 4,000 housing units, 1,000 of which are being explicitly set aside as affordable housing. Along with 50,000 square feet devoted to retail and cultural space, the company also plans to build hotel rooms and “short-term residences” for visiting corporate guests. Google detailed some of these plans as renders in late 2020, but this is just a portion of its West Coast real estate expansion. The company’s futuristic new developments in Mountain View and Sunnyvale are already under construction, and a huge New York office space in Hudson Square is also underway.

Construction on Downtown West could start as early as next year but could take anywhere from 10 to 30 years to be completed. The timing of the project’s approval is complicated by how the pandemic has influenced the company’s general thinking on work. CEO Sundar Pichai recently announced a new flexible work policy for post-pandemic life that expects 60 percent of Google employees to only spend three days in the office, with some 20 percent of the company’s staff to work fully remotely from home. It seems reasonable to wonder if a dramatic expansion of office space makes sense if Google plans to use less of it than ever.

There’s also the question of how much Google’s proposed affordable housing will actually help. The company committed $1 billion in 2019 to solving the California housing problem it played a role in creating, but price always remains a concern. San Jose, like large swaths of California, is not exactly a cheap place to live. Last year, the city was rated the hardest city in the US to buy a home, with a median home price of $1.1 million. The situation is equally bad for renters.

In 2019, the National Low Income Housing Coalition (NLHIC) found that San Jose was also severely lacking in affordable housing. For the 57,375 renter households the NLIHC counted, there were also only 16,825 affordable and available rental homes. With those numbers in mind, Google’s addition of 1,000 affordable homes seems minor.

Activists and San Jose residents staged protests at the very first Council meeting to discuss selling the land to Google in 2018. Their basic worry was that Google’s development could price out current tenants in the area. The San Jose Sharks hockey team also threatened to sue Google and the city of San Jose if it wasn’t guaranteed parking for the next-door SAP Arena. Google ultimately agreed to 2,850 parking spaces and offered the team final approval on other infrastructure changes, according to The San Jose Mercury News.

Google has made concessions and adjustments along the way to approval, and at least claims to want Downtown West to be a part of San Jose, rather than just some extension of its campus. How that ultimately shakes out will depend on how the development affects San Jose’s most vulnerable, rather than Google’s own workers.